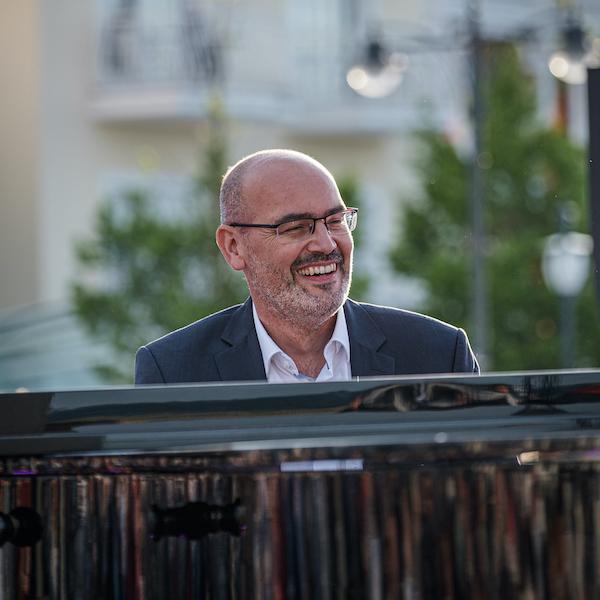 On Friday, September 23rd, Frank Muschalle, a boogie-woogie pianist from Berlin, visited SAGA. And who better to introduce the children to this rousing style of music than the boogie-woogie man himself?

Muschalle is one of the most popular boogie-woogie pianists in the world and has been touring for over 30 years. By chance, he discovered his love for boogie-woogie after 11 years of classical piano lessons. Inspired by this love, he decided to study music. He literally had to be carried out of the practice rooms as he spent too much time there! In April 2019, he was invited to tour the U.S. and Canada by the foreign missions in cooperation with the Goethe Institute, which is also the reason why he’s visiting the US this time. In addition, Muschalle offers music workshops at universities and schools to introduce this fascinating music genre to students.

Boogie woogie is known for its pulsating rhythms, trickling treble and crisp, soft rolling basses. Since its start in the 1920s, boogie woogie spread fast and has over time influenced different styles of music like jazz, rock and roll, rhythm and blues and country. Even though its origin was in the US, Europe and especially Germany have become important centers for this style, represented by concerts, festivals, and competitions.

But how do you teach children about boogie woogie? After a short introduction of the history of boogie woogie, Muschalle's workshop for the grades 3, 4 and 5 got straight down to dancing and making music. Through Muschalle's figurative imagination of beat-stomping and stop-dancing, even the history part became super fun for the students. The children’s enthusiasm increased by the minute. They danced, laughed and made their own music. At the end of the lesson, Muschalle and the students improvised boogie-woogie songs together, using recorders, a violin, an electric guitar and drums in addition to the piano. Muschalle ended the workshop happily telling us he had never played music with recorders before. After all, there's a first time for everything! Another highlight of the day was the evening concert. After a social hour, including delicious food, and nice conversations, both the children and the parents went to the Festhalle to listen to Muschalle’s piano concert. The already good atmosphere became even better when one of the students asked "Duerfen wir tanzen?". After Muschalle's enthusiastic "Yes!" the children ran onto the stage and put on their own performance. According to Muschalle, he cannot remember an event like this, in his 30 years career. and we feel the same way. Vielen Dank! 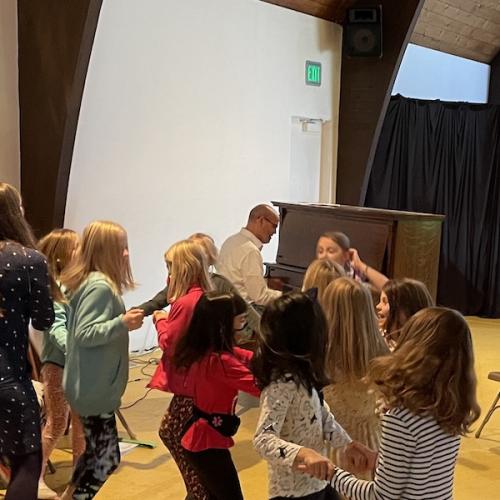 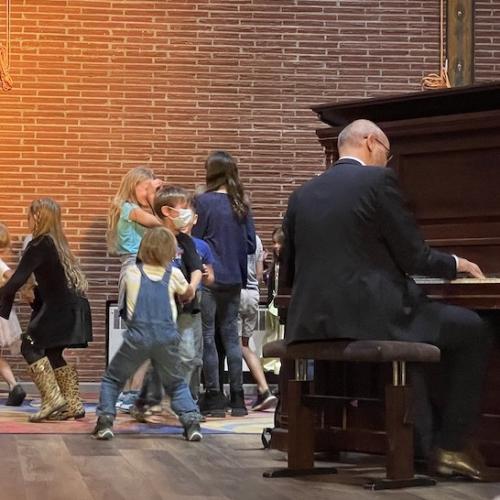 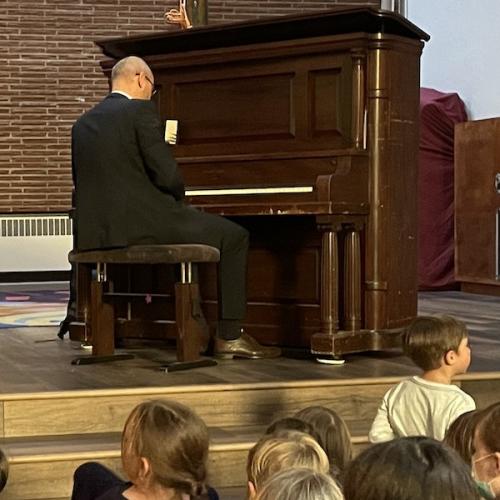 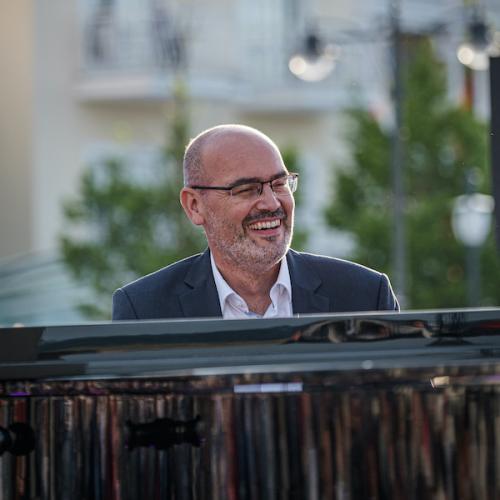 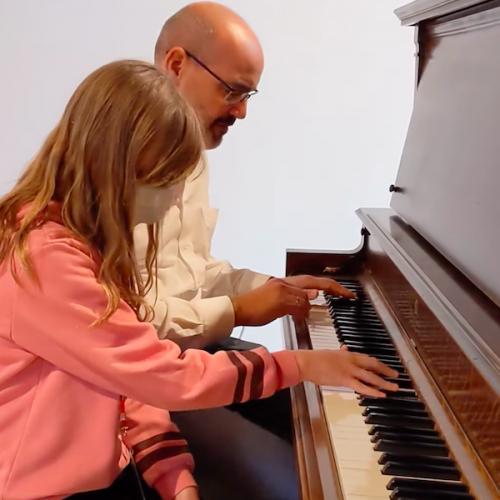 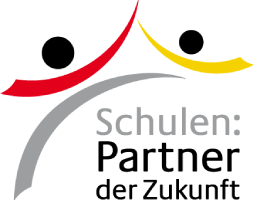 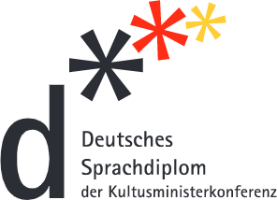 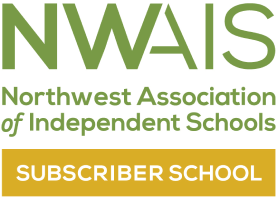